Jesus is Always at the Wheel

As you may remember, dear Reader, my church, Grace Christian Center in Killeen, Texas, lost our senior Pastors, Terry and Jan Whitley, and our Lead Associate Pastor, Steve Timmerman, in a tragic one-vehicle rollover in Pflugerville, Texas, about an hour south of here.  (See blog, 8 Seconds to Eternity, 1 December 2013).  It is now five and a half months since that night that changed so many lives.

As in my dream from a year and a half earlier, I think a majority of those in our congregation were sitting in a wagon full of sorrows after hearing the unbelievable news.  But the first night after their deaths, a gathering of our congregation was joined in sorrow and blessed joy.  We worshiped the Most High God, and sang praise to the Name Above All Names.  We cried and consoled those around us, grieving and comforting at the same time.  Although feeling shock and pain at their untimely deaths, there was also a feeling of sweet surrender for me.  I knew that my three Pastors, beloved by so many, were home, where they belonged.

Over the last five and a half months, the Pastor's pastors and advisers came from around the world to preach to us on Sundays and many Wednesday nights.  These were men who had been part of Pastor Terry's inner circle, his closest friends, men who spoke many times at our church while he was alive.  Our Associate Pastors, Youth Pastor, Children's Pastor, and Music Pastor moved forward and grew in ways that make me stand in amazement.  They had a large mantle to take, and they rose to the occasion.  Each one sacrificed even more of their time to keep Grace running and continued to serve the congregation and God.  Instead of our numbers decreasing, they have increased.  Instead of continued mourning, we as a church have found ourselves moving in new ways, against the odds, and against the naysayers.  We were left with a legacy to fulfill.  There was no longer time to sit back, but time to move forward!

About three months before he died, Pastor Terry had prepared us for new levels, and had initiated The Next Step, where each of the congregation could find a place where they belonged, whether it be Grow - a way to find out more about what it means to follow Christ and how you can grow in your relationship with Him; Connect - discovering ways that you can connect and experience real-life friendships in a large church setting; and Serve - learning how to get involved and give back by serving in one of Grace's many volunteering opportunities, the Ministry of Helps.  There is so much joy in my heart watching what our Pastors began come to fruition.  There truly is beauty for ashes.

In November, the Board called someone many of the congregation knew, because he used to be the Music Pastor a decade or so ago.   They asked if he would give the sermon on the 24th.  It was a warm welcome that he received, he had been genuinely loved by those that knew him.  He is currently Senior Pastor at Covenant Life Church in North Richland Hills, Texas.  His message that morning was about living the Kingdom life.  I liked him.  He made a point of introducing himself to me and others that he didn't know that morning, and his genuineness was palpable.  He was downright likeable, and his sermon was wonderful and greatly received.  He spoke again in mid-January, and once again was right on point with his sermon on how when the righteous prosper, the city rejoices (Proverbs 11:10).  He made a call for the church (The Church) to serve the cities that they are part of.  He referred to himself as a Son of God.  That men were Sons of God before they were pastors, presidents, husbands or fathers.  And Sons of God serve.  And they serve on their knees.

As time moved on from the loss of our Pastors, I found that I was no longer sitting in that wagon of sorrows.  Jesus had been at the wheel, He led the way through my grief, my sorrow, and my loss.  He allowed me to sit in the wagon while He drove it, assuring me that not only was He was never going to let me go through any trial alone, He would go first.  My husband and I were led to start doing more for our church.  We are walking in new directions, but still on the path that God has chosen.  We feel led to serve.

On Sunday, 2 March, the President of the Board of Trustees for our church announced the choice and acceptance of the new Senior Pastor.  The Board had the responsibility of finding this man.  They were cloaked in prayer and in the faith that they would only choose who the Lord revealed to them.  It is the same man who challenged us to serve more, not just at church, but in our community as well.  His name is Mark Price.  When his name was announced, the cheers and applause were almost deafening.  He is welcomed with open arms and hearts by Grace Christian Center.  Pastors Terry and Jan had a vision for our church, and we are living the legacy by getting more involved and offering our services wherever we can.  Our new Pastor has the same vision, to continue being a world outreach, and doing more right here at home.  He is bringing a freshness that is welcomed.

Jesus was at the wheel through our darkest hours, and now, as we accept that life moves on despite our sorrows, the time has come for someone else to take the helm and move us as a church in the direction that a Son or Daughter of God should go.  Jesus is waiting at the top of that mountain smiling at our accomplishments.  What could be better than knowing our steps are ordered of the Lord, and He chose the Joshua that would lead us into our future, surely our promised land.

Welcome, Pastors Mark and Teresa, and Kortni and Tyler!  I am very much looking forward to serving you.  I appreciate that your own church will be somewhat going through what we did, losing our Pastor.  I'm sure there is sorrow there, and the wonder, why did he have to leave?  But God saw it all before the foundation of the earth.  He has us in His heart and He leads the way.  There is victory in these changes, and blessings in abundance for both churches.  I thank our Lord for His infinite wisdom, and for the blessings He is showering on Grace Christian Center and each of us who call her home, whether we live in Killeen or serve in Afghanistan.  We serve a good God, a kind God, a God who only looks after our best interests.

Though we say goodbye to Pastors Terry, Jan, and Steve, we will never forget them, nor would we want to.  Instead, we continue to run the race that they began, knowing the greatest prize is at the end!  May God bless you, dear Reader, and keep you wrapped in His love.  Deirdre 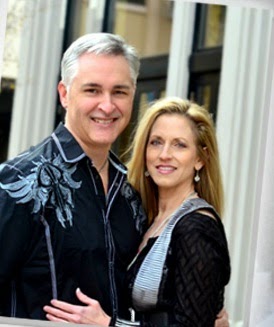 I would love to hear your thoughts. Please leave a comment and let me know if this post has made you think or helped you. To comment, just click the word Comment; even if it has a zero before it.. Please leave a message. BE SURE TO PREVIEW FIRST SO THAT YOUR COMMENT IS ACCEPTED, AND TYPE IN THE WORD VERIFICATION. Thank you, and have a blessed day!

Subscribe to Thoughts... by Email If you receive an email and wish to comment, click on the title of the post in your mailbox and it will take you to the blogsite. I appreciate any comments you may have.